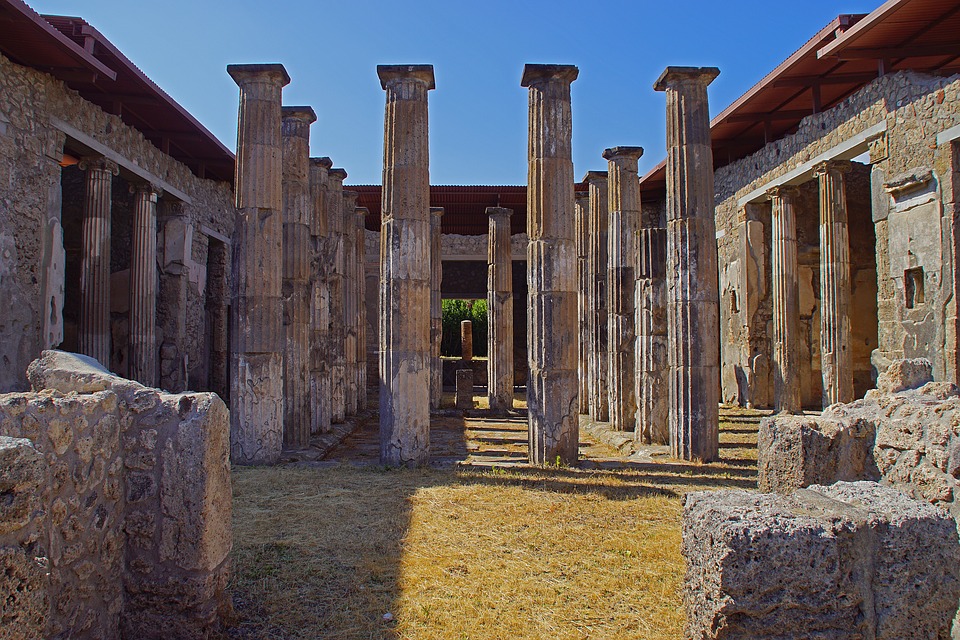 ​Each student in the program will be required to take the following two courses (students who have already completed one or both courses will need to arrange a Special Studies 49 course for 3 units credit):

Michelle Hughes Markovics has been teaching as a full-time instructor in SRJC’s Department of Behavioral Sciences since 2008. From 1998 on she has been involved in multiple international multidisciplinary archaeological projects in Italy, Hungary and Romania, as well as in the U.S. She also currently serves as the president of the North Coast Society of the Archaeological Institute of America, the nation’s oldest and largest archaeological organization. In addition, she has been SRJC’s anthropology instructor in two previous summer Study Abroad programs to Italy.

The course will introduce students to archaeological methods and theories that are used to understand the origin and development of ancient societies in southern Italy and the Mediterranean.

Mediterranean cultural sequences (Roman, Phoenician, Etruscan, etc.) will be integrated into the course to highlight the ways that archaeology has contributed to our knowledge of the past.  Primarily, we will focus on the material culture of pre-Roman peoples in Italy, colonizing Greeks and Phoenicians, and the Romans.

We will look at the lessons of the human past and apply them to our future, with special attention to humanity’s interaction with the natural environment (e.g. volcanoes & the sea).  The class will emphasize experiential learning and includes visits to world-famous archaeological sites, monuments, and museums that illustrate course topics.

David Kratzmann earned his Ph.D. in Geological Oceanography from the University of Rhode Island in 2009. His research focuses on the dynamics of explosive eruptions and has taken him to over 20 countries around the world. David has overseas teaching experience having taught a number of field-based courses in Costa Rica focused on volcanology and interdisciplinary geology/biology. Professor Kratzmann became a member of SRJC’s Earth and Space Science Department in 2013, and was SRJC’s geology instructor on its previous summer Study Abroad program to southern Italy.

This course will be structured around understanding geology as a science and the major geologic and volcanic events in Italian history, with topics covering plate tectonics, subduction-related volcanism, the Vesuvius 79 AD eruption and destruction of Pompeii and Herculaneum, and recent volcanic activity at Mt. Etna and Stromboli. The class will include field trips to geologic sites and monuments, as well as several opportunities to summit volcanoes.