TRIP HAS BEEN POSTPONED TO IRELAND SUMMER 2024 Classes 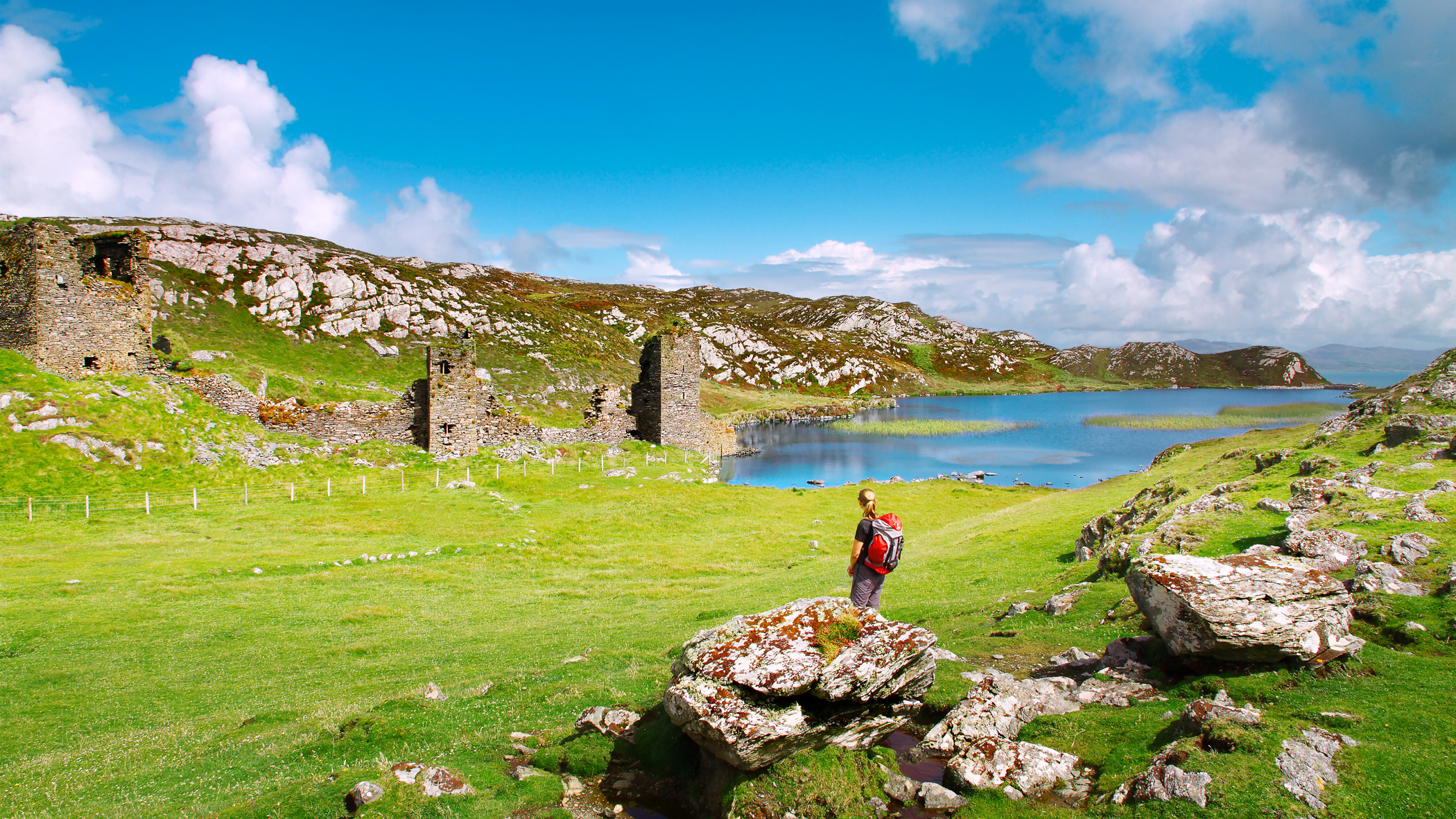 Each student in the program will be required to take the following two courses (students who have already completed one or both courses will need to arrange a Special Studies 49 course for 3 units credit):

I’ve taught more than twenty years at colleges, including U.C. San Diego, the University of Colorado-Boulder, and the last five years in the English Dept. at SRJC. Irish literature is a long held passion, from mythic Celtic to modernist literature. Recently, I developed an anthology Critical Survey of Mythology and Folklore, drawing upon my research in early Irish literature. I look forward to sharing with students how major cultural and historical movements shape Irish literature.

English 1B is an introduction to literature that emphasizes critical reading, discussion and analytic writing about works of fiction, poetry, drama, creative nonfiction, and literary criticism. This course promotes the appreciation and critical understanding of the cultural, historical, and aesthetic qualities of literature.  Study abroad Ireland will focus on a representative selection of Irish literature important in understanding the social and political trends in Dublin, Belfast, and western Ireland. Writers include Jonathan Swift, Oscar Wilde, W.B. Yeats, Edna O’Brian, James Joyce, Seamus Heaney, Ciaran Carson, and Paula Meehan.

* English 49 enrollment with permission. Eligibility for ENGL 1A or equivalent required.

Jessica Layton received her M.A. in Photography from the Royal College of Art in London, UK. She has been awarded the European Leica Award and an artist residence at Cité Internationale des Arts in Paris, France. Participating in photography exhibitions and lectures she has traveled extensively throughout Europe and the world. As an instructor, she has taught overseas in England as part of RCA Outreach and at Wyspa Institute of Art in Gdansk, Poland. In 2013, Professor Layton became a member of the SRJC Art Department.

Through the use of photography, related field trips and lectures, students will be introduced to a completely new culture and environment while learning technical skills to document the environment, architecture, and the people of Ireland.

We will explore the role of the photographic image in colonial and post-colonial visual cultures of Ireland from the nineteenth century to the present day. Furthermore, we will focus on the transnational dimensions of photography in Ireland, discussing foreign artists and photographers who have contributed to cultural imaginings of Ireland as well as indigenous Irish photographers.

This is a beginning class emphasizing comprehension and application of basic elements and concepts of digital photography. Topics include controlled use of the camera for optimum technical and aesthetic values. Students will develop an understanding of the creative process, visual literacy and photographic theory through lectures, assignments and class critiques.

ENGLISH 1B AND ART 82 COLLABORATIVE ASSIGNMENTS

The Ireland study abroad program will emphasize team-teaching with an inter-disciplinary curriculum joining literature and fine arts. Our aim is to offer literature and photography assignments that deepen, through common themes, student learning. Another aim is to offer experiential learning through active engagement with the life and culture of Dublin, Belfast, and Galway/Western Ireland.

Ireland’s literary history is inextricably linked to Dublin. Artists, poets, novelists, and playwrights have contributed to the social, political, and religious identity of the city. From Oscar Wilde to James Joyce, Francis Bacon to Maser, Ireland’s greatest artists have called Dublin home.

Students will study the rich history of Dublin in multiple visual and literary spaces, especially as ways to explore their own artistic and intellectual interests. Dublin offers multiple museums and galleries for students to explore how Ireland’s cultural identity is constructed and reflect upon their own identities and experiences as visitors. By studying various visual, literary and cultural stereotypes, students will reveal how their perception of the world is often filtered through images, in a variety of media including photography, film, video, painting and theatre. In their multimedia projects, students will investigate the role of imagery and literature in constructing personal and cultural identity.

The wild and beautiful landscape of Western Ireland will serve as inspiration for students in the study of literature and photography. The dominant features of landscape, or nature, poetry are images of the physical world, inspired by light, tone, form, and imagination. W.B. Yeat’s nature poems, for example, are often centered in County of Sligo and Western Ireland, the settings of major works, such as “The Wild Swans of Coole,” “The Lake Isle of Innisfree,” and “The Song of Wandering Aengus.” Yeat’s poems reflect his views on Irish folklore, the geography of Ireland’s nationalism, and Irish identity. As part of a portfolio of writing and photographic reflection, students will join Yeats in the creative imaging of Irish landscape with an eye towards seeing themselves in the poetical landscape of Ireland. Students will create a series of photographs informed by the themes and symbols identified in Yeats’s and other literature of Western Ireland.

In Belfast and Derry as many as 2,000 social and political murals present a fascinating pictorial history of Northern Ireland. Students will study the forms of political art in Belfast, exploring the relationship between aesthetics and socio-political movements. We will focus on the literature and murals covering the period commonly known as “the Troubles.” Between the 1960s and 1990s, Northern Ireland experienced a period of political turmoil and violent conflict, illustrated in major murals. The primary issue centered on the national status of Northern Ireland. In this period, an important body of protest literature and art emerged, including the poetry of Seamus Heaney, one of four Irish writers awarded the Nobel Prize in Literature. In multimedia portfolios, students’ personal reflections on literature and murals are collected to combine formal writing with visual images. The aim is to help students deepen their understanding by studying how multiple artists treat similar ideas and arguments in Irish history.